Final Thoughts on my Group

My overall feelings on working with a group is that its easy once everyone does their work and communicates  continuously. One of our members did communicate very well and even set up platforms for us to talk on but the work they produced wasn't up to a standard we needed for our presentation. After having a look over Sitearm's team operations notes I can see where our group failed in some areas and worked well in others. For starters we took a while to get in contact initially, which is something Sitearm doesnt reccomend, this was my own fault as much as it is the other members since we were all incredibly busy. MMcD96 was the first to contact me over Facebook and then Whatyamacallit made a post on Facebook asking us if we wanted to meet. I don't think us getting a late start to the project impacted us all that much but if we had more time we could have maybe created a video or used another platform for our final piece. When we met up in SL for the first time, we divided
Post a Comment
Read more 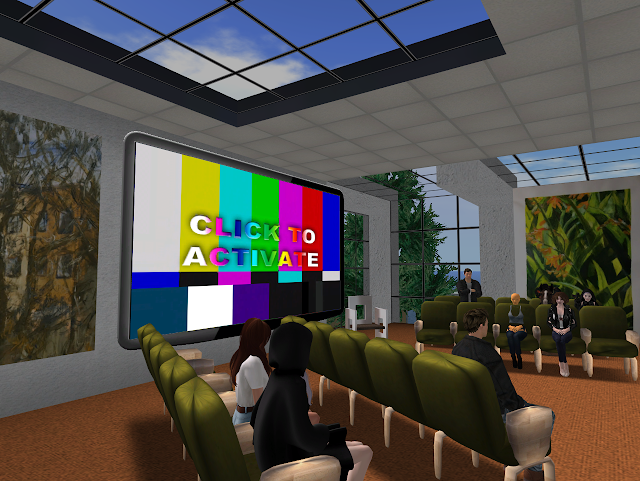 We started class and instantly got the group presentations going, some were slideshows, images brought into SL and videos! It was really nice having everyone talk during the class since its usually just John and Glenn. One thing that I found really difficult about presenting within the game was the lack of emotion/peoples reactions and movement. I usually move my hands around when talking or just move in general so it was strange knowing nobody could see that since it matches up with what I am saying. It was also hard not getting to see peoples faces and reactions, that is something that helps me when I am reading out-loud. Even though people are quiet during real life presentations there is still ambient noises such as breathing or shuffling but all of that is removed online making it feel very quiet and isolating, even though there are birds chirping in SL it doesn't account for the fact that everyone's microphone is muted leaving 0 sound completely. So in the end I think spe
Post a Comment
Read more 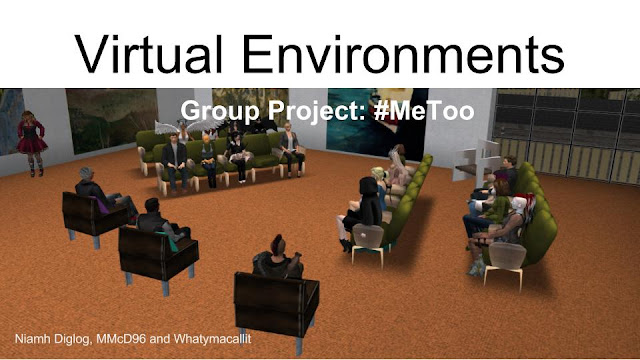 This post will be dedicated to talking about my group and our project, in the last week before it was all due :) We had planned to hold another meeting on the 4/10 at 6:30pm, it was going to be held using the 'Go to meeting' app, like we had done before. But my work scheduled had changed that night so I had asked if we could change it to 5pm instead, everyone said they would try their best to make it, which was great since it had been a last minute change. I was given the invite for the meeting at around 5:10pm but nobody ended up joining, I waited until 5:30pm and I had no choice to stay any longer so I left the meeting. I was a little frustrated, I know that it was me who needed the time changed but I would have preferred if my group members had of said they knew they weren't going to make it realistically. But again it was my fault so there was no hard feelings. I ended up making a quick Facebook group chat and posted everything I was going to talk about in my few slid
Post a Comment
Read more 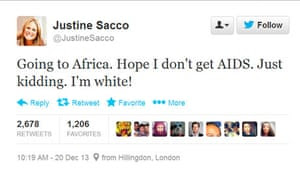 These next few blog posts ended up being bunched together due to me forgetting to post them :D Sorry about that! "The Guardian", Justine Sacco's racist tweet, link at end of page. At the start of this class we discussed some of the readings set from the week before, one of which was a famous tweet that ended up causing the woman to loose her job. This led onto the discussion about how difficult it is to get across 'tone' via text and how it can incredibly difficult for others to read sarcasm. Many argued that it was either a bad joke or that the medium used to tell it really let it down. Emoji's can help with this but I feel like they come with a stigma sometimes, or they are seen as unprofessional so using one can be risky depending on again what tone you want to get across, whether it be professional or casual. One of our lectures told us about an app called: Tone check app, that lets you check what tone is coming across in your emails before
Post a Comment
Read more 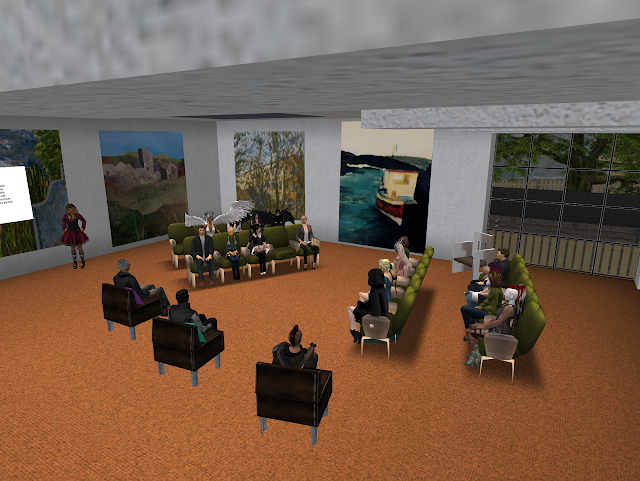 This week John's mic was broken so class ended up being exceptionally quiet. It also slowed the class down a ton since we were replying on just typing which also limited what was said since it needed to be all shorthand. Apart from that we were given tips on our blogs, John also got in contact with everyone and gave us all feedback on our first 4 blog posts. Overall my feedback was good but one thing I need to work on is using citations and captions for my images and referencing the reading material that was set for that week. I also seemed to have more blog posts than others but that wasn't a problem, if anything the more posts a week the better :) During class we also discussed some of the readings that were set, one of which really stood out to me, the Syrian lesbian blogger who was reveled to be a Scottish man. This article is insane and slightly humorous except for when you realize that real lives were put in danger. I do not have much of a problem with people leading se
Post a Comment
Read more

- November 25, 2017
Today I had a quick meeting with my group, we had to decide on a way of presenting our group information for the brief. I put forth the idea of doing a Pecha kucha type presentation. Its a style of presenting where the are 20 slides that last for 20 seconds, making it quick and easy. This style also uses pictures and visuals with just small headings or words, text is minimal or not included. Everyone agreed that this would be perfect and that they hadn't done it before. I also offered to make the slideshow, it should be easy enough they only thing is I will have to ask how images are brought into second life, im not sure how i physically get our slideshow to be visible in it. So until I learn that i will just be gathering the images that the team is sending me via email (small notes beside each so I know where to put them) and organizing them into a nice easy to digest visual that follows the points set out in the brief. One member, Katie, put out the suggestion that we could use
Post a Comment
Read more 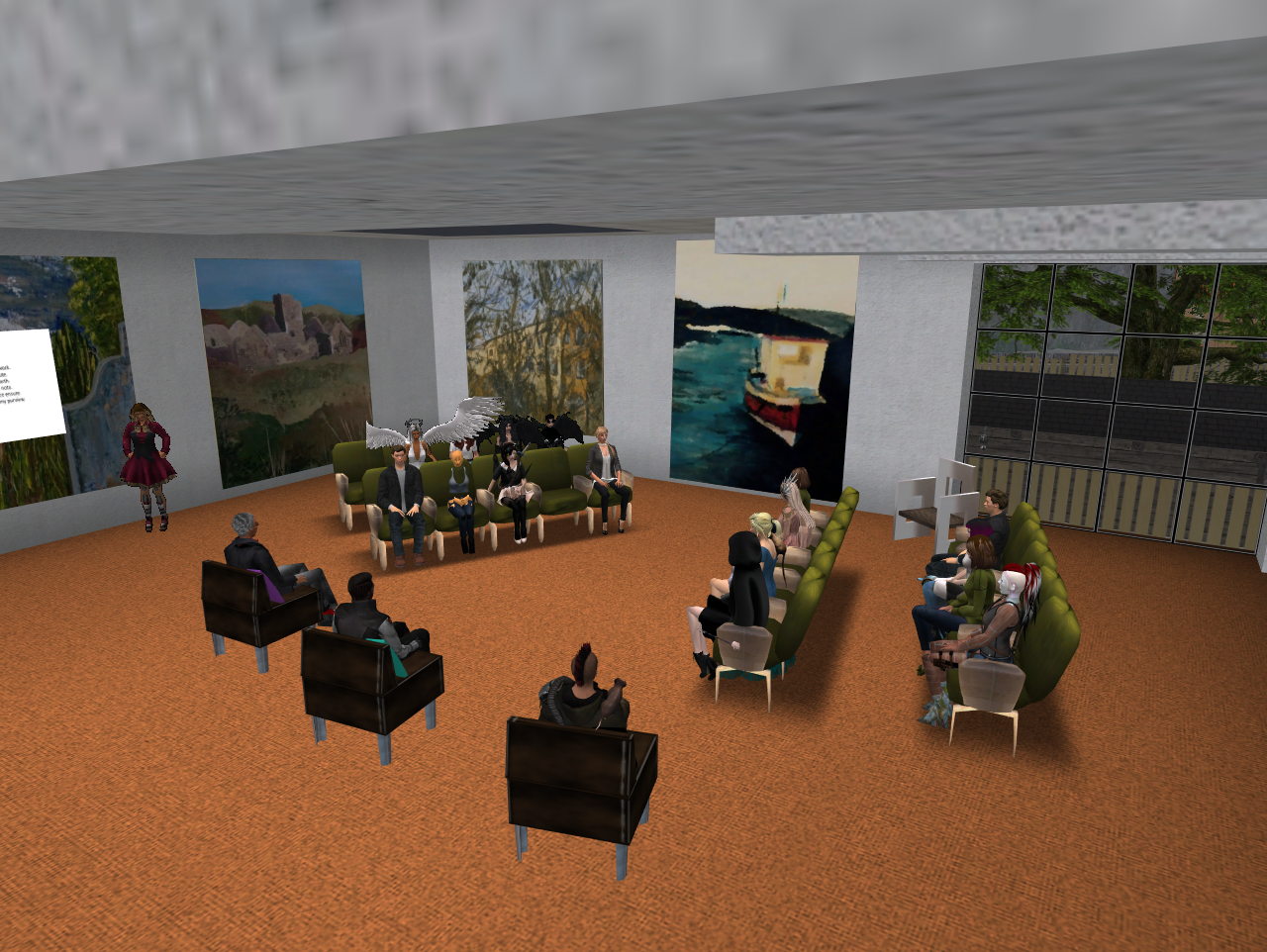 This week in class we talked about our information online and how companies are paying to get your details or hiding hidden contracts within terms and conditions. Such as when a ad for cameras pops up on YouTube and you had only been looking at them earlier in the week. Its a very scary thought in my opinion, to know that you have very little security online, we are made to think we are in control when the reality is we have very little. The only thing we control over is what we share but many have already signed away so much to many websites, especially Facebook and since you can never delete a Facebook account (only deactivate it) your every post and photo is permanently stored away. Its a thought I prefer not to think about or dwell on, even though it is terrifying its one of those things that cant be helped, if someone really wants your info they will get it whether its by hacking or stalking. Another thing we spoke about was using the cloud to store data when the reality is its
Post a Comment
Read more
More posts

My name is Niamh, I am doing a module about second life and will be exploring it each week so stay tuned.